Congratulations to Barbara Shepherd for being the 2019 Poetry Society Poet Laureate!

Congratulations to the members of the Norman Galaxy of Writers who won in the 2019 Arkansas
Writing Contest:

Congratulations to members of the Norman Galaxy of Writers who won at the 2019 OWFI annual contest:

Welcome to new member Marissa Pruett! Marissa is a writer, as well as an illustrator and animator.
This is her website:  www.marissapruett.com

Norman Galaxy of Writers did well in the 2018 OWFI contest. The Galaxy winners are listed below. 1st, 2nd, or 3rd indicates place in the top three positions; HM indicates placement in Honorable Mention.

The Bonnie Speer Creme de la Creme Award goes to the highest scoring entry in any of the six categories of the annual contest in the Norman Galaxy of Writers. The prize was first given in 2001, and below are the winners with the name of their entry and category to date.


Posted by CoganBooks at 9:29 AM No comments: 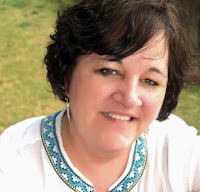 Alicia Dean is both a freelance editor and an editor for The Wild Rose Press. She lives in Edmond, Oklahoma, and writes mostly contemporary suspense and paranormal but has also written in other genres, including a few vintage historicals.
She is the author of more than twenty-five published works under the name Ally Robertson for the Wild Rose Press suspense line. Some of her favorite authors are Michael Connelly, Dennis Lehane, Lee Child, and Lisa Gardner, to name just a few.
Dean’s topic will be “Common Writing Pitfalls and How to Avoid Them.”
From her experience as an editor, she will alert us to some of the issues she sees in submissions.
Examples:
• Filter Words (words that distance readers from the emotion and action (fewer of these will help make your writing more ‘showing’ vs ‘telling’).
• Head Hopping (switching points of view in scenes).
• Dangling & Misplaced Modifiers (what they are and how to be rid of them).
• Unnecessary words and phrases (ways to tighten your writing by eliminating them).

Posted by CoganBooks at 4:08 PM No comments:

A discussion of how to create characters who behave like real people and fascinate readers.

Readers live your story by experiencing how people deal with danger. Your characters must seem like real human beings--feeling, caring, striving, failing, winning, hurting. Above all, they must earn reader's respect. Readers have seen every plot imaginable, yet they have not learned how your characters handle adversity. This column and the following one will answer these key questions:

Never model a character after a real person. Human beings possess too much complexity for a story. Yet the traits you emphasize enable readers to understand why a character behaves as she does under stress; only stress reveals true character.

Characters react to stress because of motivation. To ensure they act as you wish under pressure, you must construct their past to set up the desired reaction in the future.

Give them a biography, including a "backstory." The more important the character, the more complete the biography. Print out this "story resume" for each character and place it nearby. Include the character's name, date and place of birth, physical description, age, address, occupation or primary endeavor, immediate relatives, friends and relationships with each. List every facet of their physical and emotional makeup. Build them from the inside out, including traits that set them apart and differentiate them from other characters.

Above all, give them a current problem--the story goal--or in the case of a villain, a reason for blocking that goal.

In the backstory, list date and circumstance of pivotal events which have imprinted the character. Think action/reaction. Impact characters with a past event that explains why they react in a certain way to a present event. Not all past events need be revealed. (If they are revealed, use sequels or dialogue). However, as author you must know their backstory. Otherwise, you won't know how and why your characters react as they must under pressure.

Give all your characters a conflicting "story equation." Loyalty vs. Greed. Honor vs. Cowardice. Love vs. Fear. True characters struggle with internal choice. In commercial fiction, heroes and heroines will make the right choice, no matter the personal sacrifice. Villains choose the wrong path and pay the price during plot reversal at the denouement (the subject of a later column).

Armed with the character's background and personality, you are ready to begin the story, which should launch in full stride with an immediate change threatening the character's well being.

As author, you see your characters clearly. You've created them. However, readers view your characters as if looking through an opaque glass pane. They lack your clear vision of the character. Let's take a situation: You've put reader in the main character's viewpoint, and another important character enters the scene for the first time. Since first impressions imprint readers, and they're looking through the opaque pane, you must paint the character in broad, heavy brush strokes. To you, the description may seem almost "clown-like." To reader, however, your heavy hand allows the reader to "see" the character through the opaque glass, rather than presenting a fuzzy shadow.

Wade stared open-mouthed at the figure before him. Joe Buck stood six-feet-four, wearing fire engine red overalls that matched the color of his face. The overalls showed smears of grease, dirt, burgundy paint, coffee, dried egg yolk, blood and something that looked like a smashed jelly-filled donut. His square face looked the color of Oklahoma clay, and his eyes bulged like two lumps of coal. Big ears stood out from his head like two leaves of cauliflower, and his black, coarse hair flew awry. The nose looked all Choctaw--wide and hooked. In contrast, his mouth formed perfectly, turned up at the corners--a smiling grizzly. Joe Buck pointed at Wade. "Do you know how to fix a blowdown?
------------------------

3. Don't make the character one-dimensional. Give her faults, quirks, physical and emotional "tags" and flaunt those tags often. Above all, give her feelings and show them through viewpoint.

4. Don't fail to differentiate your characters. Never begin their names with the same letters, and choose names carefully to fit the character. Contrast characters physically and emotionally.

In summary, your characters carry the story. Build them from the inside out, giving them feelings and purpose.

Next month: How to direct your characters and make them fascinate readers.
Copyright 2001 Robert Ferrier
Posted by CoganBooks at 9:22 PM No comments:

About Norman Galaxy of Writers

MISSION STATEMENT
The mission of Norman Galaxy of Writers is to provide a venue for published and unpublished writers to develop and refine their writing skills through quality educational programs, mentoring, and networking with other professional writers.